skip to main | skip to sidebar

Well we are back in the metropolitan borough of Runaway bay Having now given it nearly two weeks to stop raining, Bit of a tall tale it hasnt rained all the time but even when it wasn't it was blowing a gale. we made the best of it and headed inland where it was supposed to be better I asked better than what?? these days of enforced laziness has helped me hone my Australian diving techniques I hate automatics and basically thats all they have here anyway the thing to do is drive as though you are in London or like an Audi driver that way you blend in with all the other learner drivers (because I am positive that 80% of the drivers here haven't passed their test  the other confusing issue is that they love painting white lines at junctions which I am also sure nobody quite understands what they are for..  So with my driving skills now vastly improved we decided to head up north where we were informed that weather would be better we decided on a place called Birtinya just south of Noosa which is like our Blackpool actually its rather a beautiful sea side resort that has everything for a family holiday and as we decided to go in the middle of school holidays need I say any more. it would appear that the whole of the east coast of Australia take this holiday north to get them ready to face the riggers of the winter??  from Melbourne to Sydney they all come up here.
We have an apartment here for the week and just traveling about being a tourist. We came here quite a few years ago drove from Brisbane to Cairns that was a long drive about three days if I remember so we seem  to remember certain places but it has really changed its very much the big tourist attraction type of resort but very nice, they know how to look after the tourists in Australia.
Heading back down the Bruce Highway tomorrow back to Runaway bay the gales have gone so we may get some fishing in. On our way back south on the Bruce Highway are the "Glass Mountains" I have driven past them twice now and never actually been there so Tomorrow we have a 10am checkout that means we have time for a visit , in fact I will save publishing this until I have some pics.
The Glass House Mountains are a group of thirteen hills that rise abruptly from the coastal plain on the Sunshine Coast. The highest hill is Mount Beerwah at 556 metres above sea level, but the most identifiable of all the hills is Mount Tibrogargan which from certain angles bears a resemblance to a face staring east towards the ocean. The Volcanic peaks of the Glass House Mountains rise dramatically from the surrounding Sunshine Coast landscape. They were formed by intrusive plugs, remnants of volcanic activity that occurred 26-27 million years ago. All I can say now is wow they look impressive from the highway though a good 20k away but
when you actually get there its just wow.
Thats it really two weeks left here and in that time I have to catch that illusive big fish go Whale watching
Visit Tambourine Mountain and Spingbrook falls have two birthdays mine and my sister-in -laws and pack
Easy for experienced travelers I wonder what I will forget
God Bless 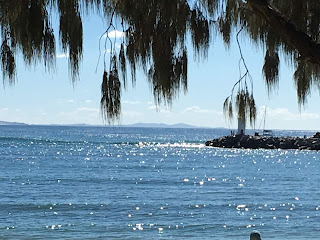 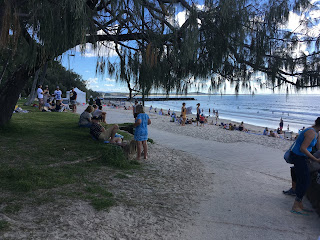 Noosa Beach kids are off school 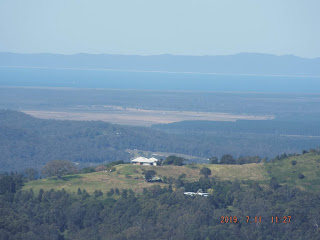 from the Glasshouse Mountains 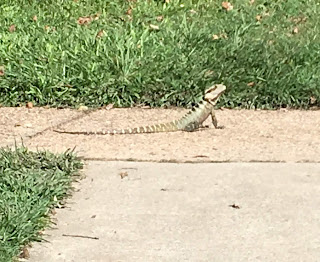 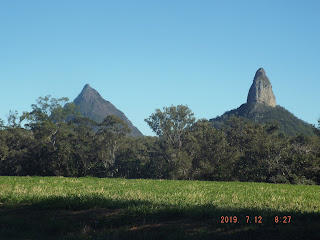 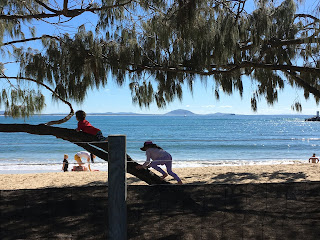 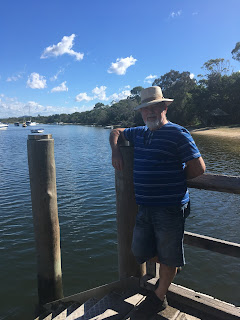 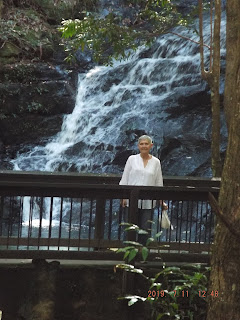 Alan
I had 23 years in the army retired came out in 1987 as a warrent Oficer, Foolishly I then Joined Sodexo and worked in the catering industry for 18 years until retiring in 2008. Noreen ran her own catering busness for 22 years and retired 6 months later. We sold the house and the business' designed our Narrow boat Had her fitted out out at Fettlers. and now live and have a very contented life style. We enjoy all the good things in life. Even if many people think we are mad, I reakon that in life sometimes you do have to be a little bit crazy and do crazy things otherwise you just die Old. God Bless everyone who reads this stuff.